Near the end of 2008, Medical Missionaries began a project aimed at helping the people of Thomossique find a new source of energy and explore new sources of income.  The Jatropha tree is a potential source of oil that can be extracted from the seeds of the tree and used directly for cooking and night time lamps.  It can also be used as fuel in diesel engines that have been modified slightly to increase the size of their jets.  A native of the Caribbean region, Jatropha grows in soil conditions that are not adequate for growing food crops.

Medical Missionaries recruited individuals in three different locations in the area to experiment with growing Jatropha: one in Pandiasou (near Hinche), another in Thomassique, and the third in Cerca La Source.  Small quantities of seeds were purchased for each of the locations in Spring 2009 and a schedule was set up for starting the seeds in a nursery-like setting in late Spring and planting the seedlings around July, prior to the heavy rainy season which is usually heaviest from September through November.  A research protocol was established for this experiment. 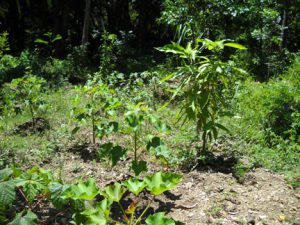 is one of the individuals participating in this venture.  Only about 15% of his seeds germinated.  Most of them that reached seedling stage and were planted in his garden in Pandiasou early in the summer survived throughout the summer.  Those that were in the strongest sun seemed to thrive more than those in partial shade.  By the middle of September 2010, those in the sun had reached a height of about three feet; those in partial shade were 18″ to 24″. 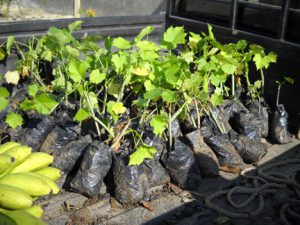 Second Site:  Fr. Jean Ronel waited untill July to start his seeds in a nursery setting at his garden in Thomassique.  By mid-September about 25% of his seeds had germinated and were ready to be planted on the grounds of St. Joseph clinic.  At the time of transplanting, the seedlings were 9″ to 12″ tall.

Third Site:  The third location in this study was dropped due to changes beyond the control of those involved. 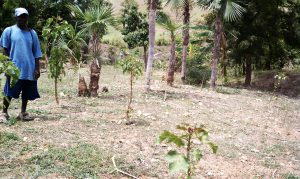 At the Pandiasou site, the few trees that had survived began to yield seeds at the end of the second year, offering some hope of at least a partially successful outcome for the experiment.  Since the experiment was designed to run until the end of 2013, we continue to hold out hope and will assess the lessons learned from this experiment to decide whether to proceed with a larger experiment.

April is National Volunteer Month. Read about our volunteers and they work that they do. This month we also remember Dr Davis, one of Medical Missionaries benefactors. We also have updates on several ongoing projects.

Advertise on this website!  Send email to info@medicalmissionaries.org for information on advertising opportunities.

Thank you for your support as we help the poorest of the poor.